Call for a Free Estimate

Like all fecal matter (human and animal) pigeon droppings  can contain bacteria that are harmful if ingested, so it is best to keep pigeon droppings  away from food that is about to be eaten and from kitchen work surfaces.

The fungus Histoplasma Capsulatum, if inhaled, can cause Histoplasmosis in humans. This isn't likely to  happen in Canada because the fungus has not been found in our soil.    Pigeons don't carry or spread  Histoplasma, it is not a disease that can be caught from a bird but under the right conditions (temperate climate, damp acidic soil with high organic content)  all bird droppings can produce an environment in which this fungus  thrives if it is there in the first place.

Cryptococcus Neoformans is another fungus that is found in the dried droppings of birds, including pigeons. When dried bird droppings are stirred up, this can make dust containing Cryptococcus Neoformans  go into the air. If inhaled this doesn't normally affect healthy humans but it can cause disease in people with compromised immune systems, such as those with HIV/AIDS, people who have had organ transplants and those who are being treated for cancer.

Where Do Pigeons Come From

The domestic pigeon was originally bred from the wild Rock Dove, which naturally inhabits sea-cliffs and mountains. Rock (i.e., 'wild'), domestic, and feral pigeons are all the same species and will readily interbreed. Feral pigeons find the ledges of buildings to be a substitute for sea cliffs, have become adapted to urban life, and are abundant in towns and cities throughout much of the world. 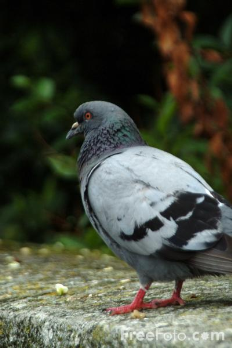 Pigeons were first domesticated around 4500 B.C. from stock inhabiting the sea cliffs of the Mediterranean. Since then, nearly 150 varieties have been developed, some for meat, some for fashion, and some for racing. The now extinct passenger pigeon (Columba migratoria), originally from the eastern United States, is a different species.

Pigeons originally lived in high places—cliffs, ledges, and caves near the sea—that provided them with safety. Over time they have adapted to roosting and nesting on windowsills, roofs, eaves, steeples, and other man-made structures.

Aspergillosis is probably the most well known air borne disease.

It is caused by a fungi which lives saprophytically in pigeon feces.

You don't have to touch the feces. Breathing it in is enough.

This disease poisons the victim’s blood. It causes death. 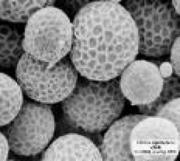 It is caused by a yeast carried in the intestinal tract of pigeons and deposited in their feces. As pigeon coops are full of this yeast, inhalationis likely.

Histoplasmosis is so powerful, and so difficult to detect it was once considered as a biological warfare agent. It is a pulmonary disease but extends to the liver, lymph nodes, and spleen.

The organism may disseminate to the blood and bone marrow and is fatal.

Of all the disease this one is most often mistaken for ‘flu’ and treated as such.

This is why so many people die of it. 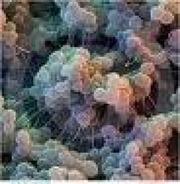 Erysipeloid most often starts with a cut.

You don't know where you got the cut.  It hurts.

You have the sensation of burning, throbbing pain, and intense itching.  You treat it with whatever you have at home. It does not get better.

It may cause abortions, premature delivery, stillbirths, and death.

Again, one attributes the results to other causes, not to pigeons.

Pasteurella multicida is spread via pigeon droppings or their nasal discharge. The organism can live a month in pigeon manure or three months in a dead pigeon.

Even dead pigeons carry diseases, so dispose of them as haz mat.

Salmonellosis is more than food poisoning. Gastroenteritis is the most common manifestation. Pigeons spread salmonellae as the bacteria are left wherever the pigeons defecate. As pigeons walk back and forth through their mess, they carry the bacteria on their feet.

Many people, especially children get gastoenteritis and do not connect the fact that there were pigeons in the sandbox, perching on those bars the child was touching.

One of the scariest is Yersiniosis. It is a plague-like disease and

indistinguishable from appendicitis.    Many unnecessary appendectomies are performed.  A perfectly healthy appendix is removed, and the patient doesn't get better.

This disease can be transmitted by pigeon feces, their eggs, or their ticks.

Toxoplasmosis is attracted to brain tissue.   It can cause mental retardation and death.

It destroys the brain.

Chlamydiosis is another disease which imitates the flu.

There is a respiratory infection with high fever, severe headache, and generalized aches and pains.

The disease can be transmitted by infected ticks, ingestion, or by inhalation of dust contaminated with the organism.

There are parasitic worms which live in Pigeon feces.

Schistosomiasis, one of the most prevalent diseases throughout the world, is caused by a water-borne trematode and pigeons are responsible.

Called bilharzia, bilharziosis or snail fever, although having a low mortality rate,  schistosomiasis often is a chronic illness that can damage internal organs and, in children, impair growth and cognitive development.

It is the second most socioeconomically devastating parasitic disease after malaria. Pigeons eat the snails that carry this disease and bring it from one body of water to another.

WHAT DOES CONSTRUCTION DUST DO TO YOU, ME AND YOUR ANIMAL?

Irritant dust that settles in the nose may lead to rhinitis, an inflammation of the mucous membrane

Dust that gets in past our bodies defence system builds up in the sacs which our body uses to breath in oxygen and out carbondioxide.  If too much dust builds up in there it can damage our lungs. The particles which cause fibrosis or scarring are called fibrogenic.  When fibrosis is caused by crystalline silica, the condition is called silicosis

Some types of lung diseases caused by the inhalation of dust are called by the general term "pneumoconiosis." This simply means "dusty lung."

Some particles dissolve in the bloodstream. The blood then carries the substance around the body where it may affect the brain, kidneys and other organs.

The table below summarizes some of the most common lung diseases caused by dust.

This information and more can be found on the link below

WHAT CAN DOG AND CAT URINE OR FECES DO TO HUMANS?

Cat urine is also harmful to humans.  If cat urine is allowed to sit for long hours without cleaning, it can emit ammonia which could lead to severe allergic reactions in humans. Typical symptoms of cat urine allergy include: red eyes, itchiness of the skin, nose etc, sneezing, headaches, dizziness, nausea, vomiting, coughing etc. Highly concentrated ammonia in cat urine can also cause dangerous diseases like pneumonia and bronchitis. Kids are at a greater risk from these infections owing to lower immunity and body weight ratio compared to adults.

It may look like spiral-shaped macaroni, but you do not want to eat this microbe. Campylobacter jejuni is one of the most common causes of food poisoning. (You know the symptoms.) Though it's commonly spread through improperly cooked meats, C. jejuni is also present in the feces of cats and dogs, where it can spread to humans. Prevention: Wash your hands before eating.

This bacteria, which causes miscarriages and stillbirths in dogs, is spread through vaginal secretions, urine, and potentially saliva. In humans, B. canis can cause fever, fatigue, and weight loss, as well as swelling of the liver, spleen, and lymph nodes. The disease is rare in humans, but probably underdiagnosed. Prevention: Wash your hands after touching your pet. 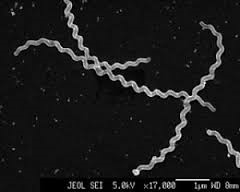 This spiral-shaped bacteria, which resides in the urine of various pets, can corkscrew its way through your skin and into the bloodstream. From there, L. interrogans causes fever, vomiting, and diarrhea. If left untreated, the infection can lead to kidney damage, meningitis, liver failure, and even death. Prevention: Avoid the urine of cats, dogs, and rodents. Do not swim in water that may have been peed in by these animals

According to the CDC, more than 60 million people in the United States may be infected with the Toxoplasma parasite, which is spread through cat feces (as well as soil and uncooked meat). Most peoples' immune systems are able to fend off illness. But in people with compromised immune systems, such as pregnant women, toxoplasmosis can damage the brain, eyes, and other organs. Symptoms include blurred vision, muscle aches, and flu-like symptoms. Prevention: Change your cat's litter box daily. Use gloves, and wash your hands afterwards. Keep your cat indoors, and don't touch stray cats. 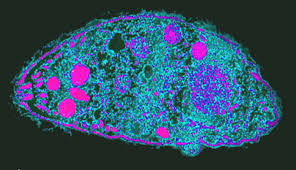 You should never try to clean feces or urine that has been on your balcony for more than a month on your own.  Always call a professional to clean it for you,  they have the right tools and safety equipment to do the job.